No More Butt Bongos: Teaching English Abroad Made Me a Better Designer

It’s Sunday and the morning sun serves as a backlight to a silhouette etched into my brain: the top of my father’s head poking out from beneath a newspaper. His brown, spotted hands bookend both sides.

I know what day it is because this is how we started every Sunday since I was in grade school. He’ll hear me coming down the stairs or rustling through half-eaten cereal boxes, fold the paper, and ask, “Melissa, what does mediocre mean?” He pronounces it me-di-o-cray. Or “con ạ” he calls to me using the Vietnamese term of endearment for “my child.” “What is turmoil?” he asks, putting down the paper.

My parents immigrated to the U.S. from Vietnam as a result of the Fall of Saigon, when North Vietnam took over the South in the 1970s. I have vivid memories of translating for my parents and, I’m ashamed to say, even more vivid memories of being embarrassed when they mispronounced an English word. I had to stop and take a breath even while typing out that sentence. At 35 years old, it still hurts that that was how I felt as a child toward my parents who had done the hard work of building a life in another country and learning a foreign language.

I’m certain all of this has to do with why I majored in English in college, why I clutch dictionaries close for fear of misusing a word or not understanding the meaning of a sentence, why I taught English in Seoul, South Korea, and why, ultimately, I decided to make a career in UX content strategy and design.

I want everyone to understand the words in front of them.

When I was teaching, my parents could explain what I did with ease: Melissa is a teacher. She helps students understand things. But since I left teaching and transitioned to UX, the question of “What does Melissa do?” is met with raised shoulders and awkward silence. UX and teaching, however, are actually quite similar. 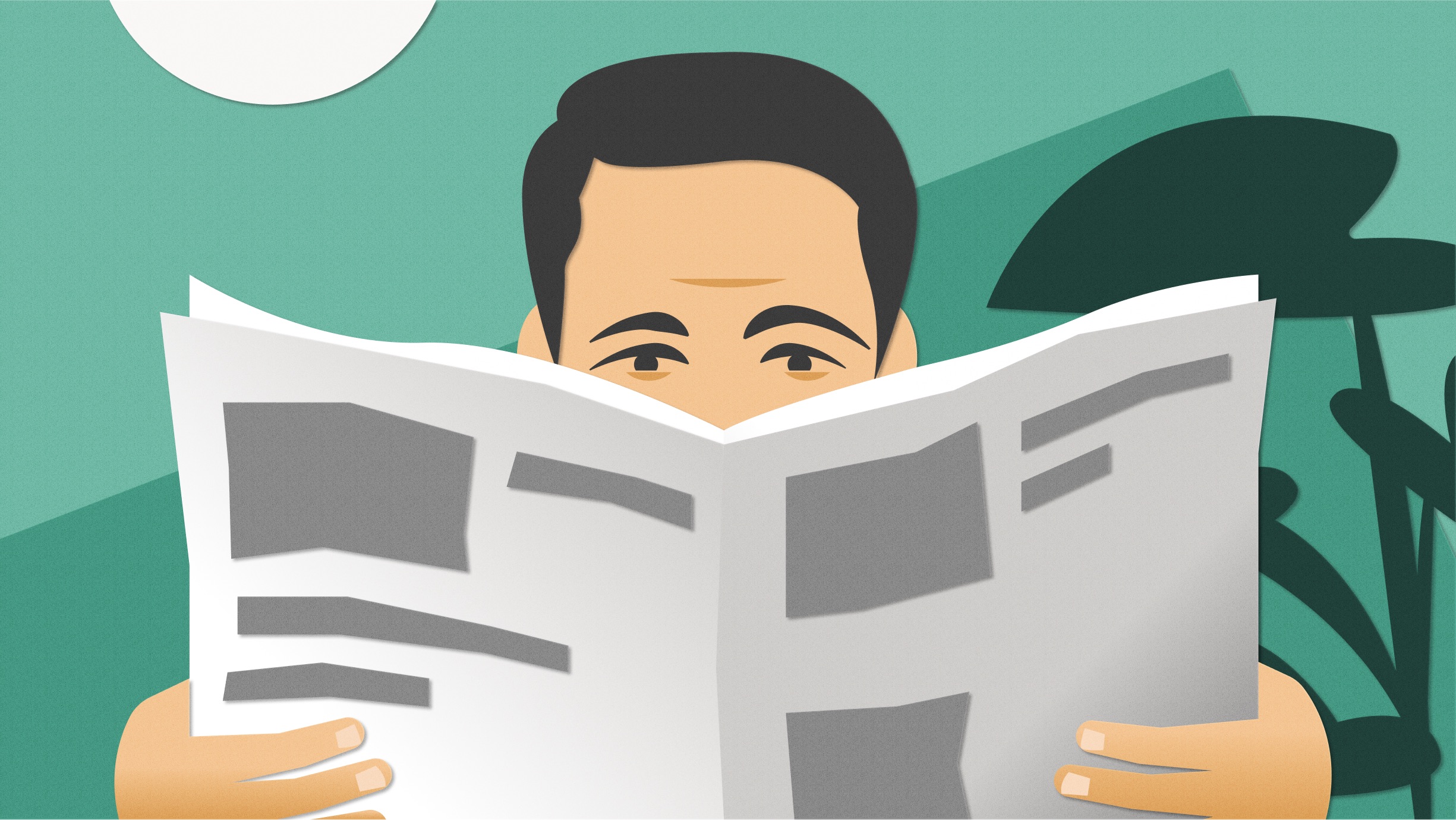 My first week teaching at a public elementary school in South Korea ended with a third grader loudly shoving his chair aside to declare, “I hate English” before climbing up on the desk and waving his butt side to side, rhythmically beating his cheeks with his hands like bongo drums.

Recounting the event to my principal, I was ecstatic: The student had made a perfectly correct sentence in English! There were many more moments of butt bongos in the classroom that year; some were accompanied by imperfect sentences while others came with four-letter words the students learned on TV or the internet.

I began to understand my students’ mental model of English. It was a faraway language used in foreign movies and by foreigners and was complex and difficult. English itself wasn’t the problem though—learning any language is complicated and daunting. What they needed were the right tools and an understanding of how to gain fluency by building on smaller tasks.

The user pain points I solve today as a content designer are similar. Without the right directions and simple frameworks to help them complete tasks, users miss important steps, run into errors, and feel overwhelmed trying to get to their end goal.

And just as I did as a teacher, I approach their frustrations with empathy, give them the right tools, and celebrate every small win that contributes to a better overall experience. Here’s how I do that.

As a teacher and as a designer, I’ve always done my best work when I feel connected to the people.

I was learning Korean while living in Seoul, and I shared my students’ frustrations with learning a new language. Once, I tried to mail a package to my parents and couldn’t get the post office worker to understand my simple task: “I want to mail this package to Texas.” I felt dumb. I was unable to form a basic sentence in Korean. I’d be lying if I said the thought of climbing onto the post office’s table and playing butt bongos didn’t cross my mind.

In those moments of frustration, I empathized with my students. Their hatred of English was shaped by the difficulty of the language. They were users of English, and they were having a bad experience.

Like the users I design products for, I’m often frustrated by a website’s UX. Every one of us has turned on their computer or turned to their phone to complete a mundane task like ordering food or scheduling an appointment only to be stumped by the instructions on the screen. The frustration I feel with unclear directions, mislabeled fields, and misleading buttons motivates me to design effective experiences for users.

Bad user experiences stem from specific pain points. For my students, English wasn’t the actual problem; it was how they were learning it.

One day, a student approached my desk and said, “Teacher, I need to adhere this, and it’s not working.” She held up a carrot nose and a paper snowman. “You mean, you want to glue it? Do you need more glue?” I asked her, but she didn’t understand. I wanted to know how a third grader knew the word “adhere” before “glue.” She showed me her vocabulary list from a “학원.” Pronounced “hagwon,” these private afterschool programs focus on memorization, repetition, and drills for teaching students. She spent hours memorizing 50 or more English words from a handout every week with little to no context. Hagwons are a controversial topic when it comes to education in Korea, but I suspect they shape how students feel about English.

When I was able to, I added context and more common words to students’ hagwon vocabulary lists. I wanted to make sure my third graders knew the word “glue” alongside “adhere.”

Finding the pain points and understanding how to reduce them is similar across my work with both students and users.

Recently, my design team took on a billing problem—users were dissatisfied with their invoices. We looked for a reason behind their frustration. The research was loud and clear: The invoice’s content didn’t include the detail they expected. It included the monthly total but didn’t break down the charges that added up to the final amount, so it wasn’t as useful as it could have been. In response, we designed an email that included the number of applications received and rejected. Each charge was detailed exactly. I anchored the content on savings and highlighted the benefits of sponsoring a job on Indeed. The headline of the email was, “You saved $200 on your Sponsored Job.” Personalization was added through the total amount, which was dynamic to each account and how much they’d saved.

We added a survey to the email asking employers how satisfied they were with the monthly report and 70% reported a happy or neutral sentiment—a big win for our team. Meeting the need for more detail helped improve our users’ billing experience just like my students began expanding their vocabularies when they had better context.

Simplify and adapt to empower your users

In the classroom, a student spotted my Korean homework on my desk. “Teacher, no 속눈썹.” She pointed to the image of a face on my worksheet. “눈썹!” and giggled. I had written the word for eyelash where the eyebrows were. She waved her tiny fingers and soon my entire class was helping me with my Korean homework. Nose is 코. Mouth 입. Without knowing it, they were learning and practicing English words, too.

From that day on, I started each lesson with a warm-up where they would teach me the Korean words for whatever was in their lesson for the day. They loved trading roles and being the experts.

Their frustration with English was rooted in confusion, and confusion can make people feel powerless. When I simplified the language and found a format that empowered them, the usability was higher, they understood the work, and no one was standing on desks. We were too busy getting things done. This lesson on taking feedback from my third graders reminds me to leverage user feedback to understand the root cause of friction in our users’ experiences.

Here’s what that approach looks like in product design: Research showed that employers using Indeed to hire workers felt confused by our cost-per-application pricing model. We tuned into qualitative research sessions to let our users teach us.

After hearing what they had to say, we tried a new format. We invited product, design, and marketing together to build a simple, educational onboarding modal to explain the pricing. The initial brainstorm resulted in a mock-up of five screens with close to 50 words each. I shortened this to three screens and cut the copy in half, knowing that simplicity means a better user experience. In the end, all the information about cost per application fit into two simple lines that we put front and center.

Since the onboarding modal launched, we’ve seen a 6% reduction in refund requests—a significant indicator that our users better understand what they’re agreeing to, and are doing what they came to Indeed to do: hire the right people for their open roles.

As a UX content designer, I work with product design and research partners to solve problems with words. The lessons I learned from my parents and my students help me write better user experiences. When research shows that something isn’t working and users are abandoning a page, I remember eyebrows and eyelashes and I iterate, using words to clear a pathway to the user’s end goal.

I think about all of this often when I craft content strategy or write microcopy. How are my users feeling about their task? What does the user need to do? How can I remove friction and direct them through an experience clearly and simply, avoiding frustration and confusion? When I ask these questions, I return to the basics I learned from teaching: empathize, simplify, and empower.

I left Korea in March of 2019 after four years of teaching in Seoul. Late last year, I got a message from the third grader who hated English. He was in high school now, and he told me about his ninth-grade English teacher: “She’s not as nice as your, sir!” Then he went on about school life in Korea during the pandemic—it was all written in English.